One of the most beautiful things about owning a camping hammock is how easy they are to set up. As easy as it is, some people still miss one step; setting up a ridgeline.

I am often asked; “why should I use a hammock ridgeline?”, the answer I like to give is that it allows you to get the same amount of sag every single time. People who often use hammocks will know exactly how they like their sag to be. Having a ridgeline is way easier than trying to adjust straps on both sides of the hammock to be able to relax the way you like; it’s even easier than using a whoopie sling!

There are several other benefits to using a ridgeline with your hammock. You can hang gear on it, it adds a bit of stability and you could even throw a tarp over it if it begins to rain. Although a ridgeline certainly is not required to have a working hammock setup, I definitely recommend it to maximize your comfort.

What is a Ridgeline Exactly?

A ridgeline is a cord that runs above the hammock and connects both sides of the suspension together, it holds everything together so that your hammock doesn’t have to. If a person is sitting down, the ridgeline should be above their head. Many camping hammocks will use carabiners or clips to connect to loops on the suspension straps. I like to attach my ridgeline to these very same loops.

When you are looking at a hammock setup that uses a ridgeline, the hammock should look like it is hanging free of any tension. In a setup without a ridgeline, you can often see some tension pulling on both sides of the hammock itself.

How a Ridgeline Works to Help You

The functionality behind a ridgeline is simple but can be challenging to explain. If you tie a rope between two trees with no tension, the rope would fall to the ground. This is also true for your hammock; you need tension between the two trees in order to hold it up or it will fall. If you do not use a ridgeline your hammock is taking on some of the tension in order to just hang there, if it didn’t then the loops on the suspension would just be hanging off of the tree.

In a hammock set up without a ridgeline the amount of sag is based on more things like; the distance between trees, the length of the straps, and how even they are. Many times your hammock needs to lay pretty flat just to stay off the ground. With a ridgeline, your sag is based on how long your ridgeline is……. that’s it! The distance between trees is different in all setups but the length of the ridgeline will be the same. If you always use the same ridgeline, you will always have the same amount of sag. 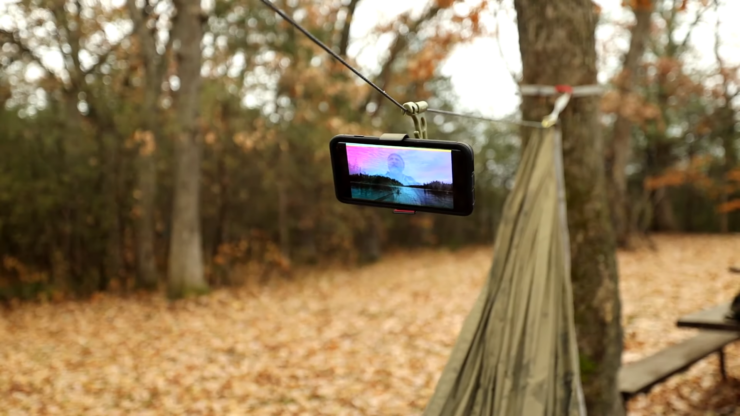 So I Don’t Need a Ridgeline?

No, in order for you to use your hammock you do not need to use a ridgeline. You can go camping in hammocks for years and never use one. You can even get REALLY good at setting up your hammock without one and you might even be able to get same sag 99.9% of the time and that’s great. There is nothing superior to setting up a hammock either way.

I do recommend using one though, I find that benefits are worth the few minutes of trouble. I also believe that by saving your hammock from the tension of your suspension, your hammock will benefit over time.

What About With My Hammock Stand?

For people using hammock stands or permanent setups, I don’t recommend using a ridgeline; I don’t really see a point to it. To get the best lay you can just adjust everything to how you like it once and leave it like that; It’s really that simple.

If you use your hammock both at home and on the road, you should have your home set up ready so that all you have to do is clip your hammock in. Some of the hammock stands, like the ultra-weight ones we’ve recommended for taking to the beach, have ridge-beams, so you don’t need one even if you wanted one.

Why is Sag Important?

Most people get into hammocking because they find something interesting or appealing about hanging while relaxing in nature. This makes the sag very important to the whole idea of hammocks, but it is more important than just looks.

A lot of people don’t know this but the hammock was intended for you to be able to lie down and keep your back flat. This means that you shouldn’t be laying with your head and feet in line with your suspension, instead you should be on a slight diagonal. Without having some sag, this would be impossible to achieve at any angle. I’m not saying that you have to lay completely flat, adjust your hammock the way you like. What I am saying is that a ridgeline will help you get the sag just right every time, no matter how you like it.

As I have already mentioned, there are benefits to using a ridgeline other than just being able to adjust the sag in your hammock. Here are three other benefits that I’ve found:

Which Cord Should I Use?

In this day and age, paracord seems like it is the goto line for everything but it’s not a good choice when it comes to hammock ridgelines. The type of cord that you want to use should have no stretch whatsoever and that’s why paracord is not a great choice.

You can really use any cord but as I said earlier, the less it stretches the better. You also want to make sure that you are using a cord that can take the stress of holding the suspension together. It doesn’t have all that much tension but it’s enough that a single strand of thread wouldn’t work. A lot of people use a product made for this type of use called a Zing-It or a Lash-it; if you’re lost at what to use, just pick up one of those. 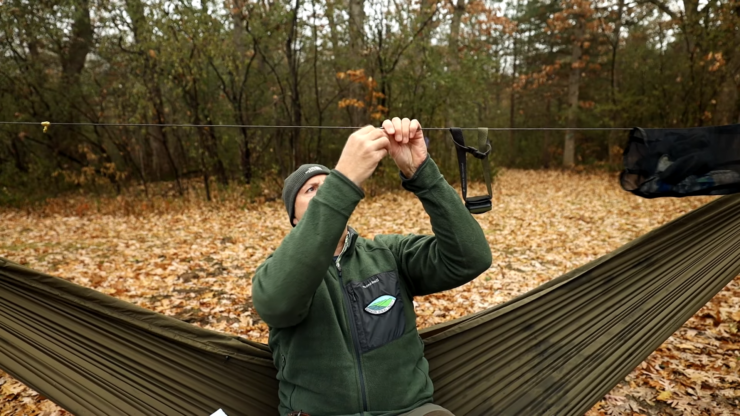 Tips to Set it Up

So you have your stretch-less cord ready to go. Here are some things to keep in mind:

If you didn’t get it by now, I highly recommended using a ridgeline with your hammock. It not only gives you the ability to control your sag but also has a number of other benefits for hammock campers. If you are using a stand, I don’t think you need one but I think that it’s pretty hard to argue against in most other situations.

Save yourself some time in the long run; install a ridgeline. 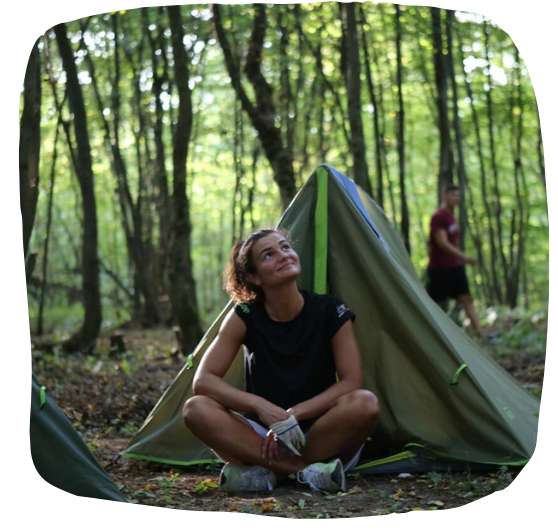